Earlier this month, a record number of 1,200 people gathered at JAMF Software’s annual user conference JNUC, claimed to be the largest gathering of the Apple IT community in the world, and focused this year on how Apple and IBM’s partnership is propelling the rapid growth of Apple in the enterprise, and JAMF’s role in the program. 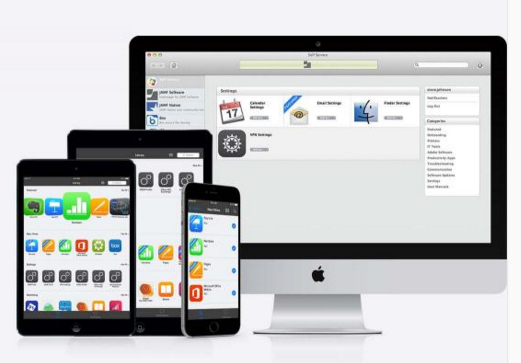 Highlighting how IBM has built a great user experience, with software and IT services available on-demand JAMF Software’s solution, the Casper Suit, Luca Maestri, Apple’s CFO noted: “Inside IBM, Macs are gaining tremendous traction. There are currently over 30,000 Macs deployed within the company. With 1,900 more being added each week. IBM tells us that each Mac is saving 270 dollars compared to a traditional PC, thanks to much reduced support costs and better residual value. This is a terrific example of the kind of opportunity our devices offer to improve user experience and create value in the enterprise world.”

“The Mac@IBM project shows that it’s not only better for users to offer the choice of Mac and iOS, but it’s better for the business as well,” says Tad Johnson, Marketing Manager, JAMF Software. “The’re offering employees the tools for productivity and creativity and supporting them a lower IT cost compared to the Windows PC baseline. Alongside the Mac@IBM program, IBM’s MobileFirst Managed Mobility Services are helping their enterprise customers transform IT services and bring Macs to work.”

One of the sessions at JNUC was “Mac@IBM, Zero to 30,000 in 6 Months”, Day 2’s keynote led by Fletcher Previn, IBM’s VP of workplace-as-a-service and the man responsible for delivering a productive IT environment to employees worldwide.

During his session, Mr. Previn addressed a passionate crowd on how with JAMFs help, IBM transformed a 500,000+ person Windows-centric organizations to support the Apple platform, and how every Mac that IBM buys is making and saving IBM money.

JAMF has posted the full length keynote video as well as a shortened highlight video.