My computer usage is heavily browser-centric even more so in recent years since I switched my email from POP 3 standalone apps to Webmail.

For years until recently, my standard browser suite in OS X was comprised of Firefox, Chrome, and either Opera or Safari, sometimes both. On the iPad, Safari is my anchor browser, with the speedy compression based Puffin, Opera Mini, Maxthon, Chrome, and recently Firefox getting a fair ing bobit of work as well. The browser equation is somewhat different on the iPad, as all iOS browsers are based on Apple’s Open Source Webkit browser engine. Performance is fairly equal across all of them with the exception of Puffin, which routes data through a cloud-based compression server. Aside from that, it’s interface features that will give the various iOS browsers particular appeal to individual taste and needs

However, back on the Mac, I was getting frustrated with Chrome and Firefox in particular draining the battery in my 13-inch MacBook Air, reducing that machine’s battery runtime between charges from exceptional to mediocre.

Having determined that Chrome and Firefox were the principal juice-hogging culprits, a couple of months ago I stopped using both of them, and noticed a significant improvement in battery performance.

I still keep at least three Web browsers running, but the core suite now includes Safari, Opera, and Vivaldi. I’ve never been a big fan of Safari’s user interface or feature set, but it’s fast, stable, and being closely integrated with OS X, I deduced, accurately it seems, that it is a more efficient user of energy than the other first-tier browsers, so I now use it for the same slate of tasking previously handled by Chrome.

Opera serves as my general duty Web browser these days. I’ve always liked Opera, which used to use its own proprietary “Presto” browser engine, but in 2013 switched to the Blink variant of the KDE-derived Apple WebKit also used by Google for their Chrome browser. That changeover hasn’t hurt Opera’s performance, or economical use of power and I still like its somewhat unique interface and feature set, although with the adoption of Webkit it’s less charmingly idiosyncratic than it used to be, but it’s still a great browser, fast and stable, and usually the one I default to for general browsing on the Mac.

Vivaldi? It was trying out this new Norwegian browser as a substitute for Firefox that catalyzed my big browser switch. Opera co-founder Jon von Tetzchner, who is no longer with the company he co-founded, recalls that the original idea behind Opera in back in 1994 was to make a really fast browser, but efficient enough to run satisfactorily on modest hardware, and keeping in mind that users are individuals with their own requirements and wishes. The Opera community initially stayed close to its users and its roots, innovated, and strove for excellence. However, by 2015 von Tetzchner announced that the browser he once loved had changed its direction and sadly, in his estimation is no longer serving the community of users and contributors who helped build the browser in the first place.

That’s a bit harsh. As noted above, I still like Opera a lot. However, Mr. von Tetzchner says that the natural conclusion for him and a development team of like-minded former Opera fans was to make a new browser “for ourselves and for our friends.” A browser that would be fast, but also rich in functionality, highly flexible, and put the user’s needs first.

Thus, Vivaldi was launched. Founded by Jon von Tetzchner and other former key Opera Software personnel, Vivaldi is headquartered in Oslo, Norway, with offices in Reykjavik, Iceland and Boston, Massachusetts. I’ve been checking out various builds of Vivaldi since last summer, and since it went beta in November, 2015, it’s been the replacement for Firefox in my browser usage. It still has a few rough edges, but it’s very fast, seems reasonably stable, and has the makings of a really great Web browser.

So what makes Vivaldi stand out in the browser pack? For one thing it’s designed to let you you do things your way. One cool feature is that you can position the tab bar on any of the browser window’s four sides, or dispense with it altogether and use keyboard commands. Just visit the Vivaldi Preferences and check the appropriate box. 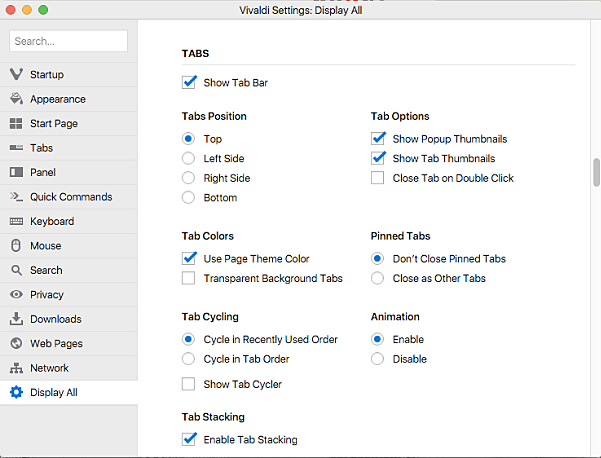 Want your address bar at the bottom of the browser window? That’s covered as well, and much more besides. The Vivaldi folks are to be congratulated for including a real, editable URL address field for those of us who need that capability. 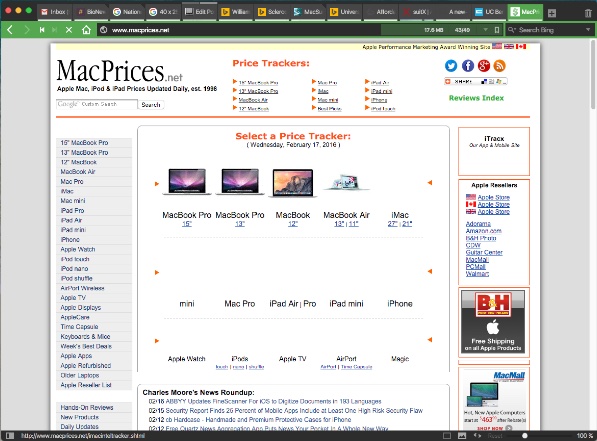 One of my favorite classic Opera features was a handy Zoom slider on the right lower margin of the browser window, which sadly disappeared from modern Opera a few years ago. With Vivaldi it’s back.

“Vivaldi is a serious tool for the people who need to get the most out of the web,” says Jon von Tetzchner, now CEO of Vivaldi Technologies. “It’s not just about productivity. It’s about helping people take control over how they want to experience and use the web. We believe in putting our users first.”

When you start Vivaldi, by default you pick up right from where you left off, with the same tabs open. You can also stack tabs to form groups based on content or theme. Just drag a tab over to another for easy grouping. You can also tile those stacks to display your tabs side-by-side in the browser window and display them in multiple columns, rows, or even a grid. Ever accidentally closed a tab you needed? Simply recover it from the trashcan in the tab bar. 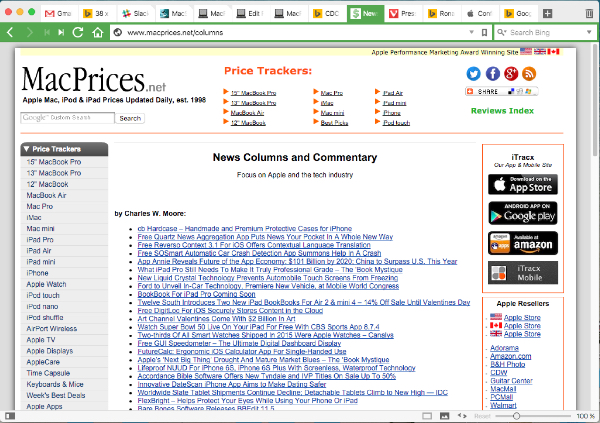 Vivaldi Quick Commands let you access key browser functions through written commands, so you’re a command line aficionado, this one’s for you. There are also numerous keyboard shortcuts to control the browser. Mouse gestures are also supported, as are smart tools to organize bookmarks giving faster access to favorite sites through Speed Dial, and even a note-taking or annotation feature directly in the browser. The notes can remember relevant web sites, store attachments such as a screen shot, or allow you to add tags to easily organize and locate later. The slide-out notepad panel mentioned features introduction, located in the left hand margin stack along with the Bookmarks menu and several other features — some yet to be implemented.

On a slow network? Vivaldi lets you turn on image loading on demand and only load images and videos that you really want to see. Text too small and image details hard to see? Zoom it all up from the handily available zoom control right on the browser window bottom margin. Want to change how the page looks in general? Page Actions lets you block content, make it 3D or change colors. Google is the default search engine, but you can add other search engines and specify any of them as default.

Vivaldi also features Web panels that make frequently-used services quickly available, and an interface that seamlessly blends with the site you’re browsing, altering the color of the browser UI depending on the page you visit. The beta release is improved support for browser extensions, so you can install most extensions made for Chrome, giving you more freedom to customize.

Have multiple computers that you want to keep in sync? A new feature promised soon called Vivaldi Sync will enable that. Your bookmarks, history, passwords and settings can all be synchronized across different installations of the Vivaldi browser through the encrypted Sync infrastructure.

Jon von Tetzchner says one of the things that makes Vivaldi unique is that it’s built on modern web technologies — JavaScript and React to create the user interface with the help of Node.js, and a long list of NPM modules.

We’re on a mission to make a browser loved by the webs most discerning users, said Mr. von Tetzchner on last fall’s beta release. “We’re one step closer to building the best browser for people just like us, who want and expect their browser to help them do more on the web.”

Vivaldi, — no surprise — reminds me of nothing so much as classic Opera, only with potential to be even better, and that’s high praise from a longtime Opera fan like me. It’s rapidly becoming my favorite OS X Web browser.