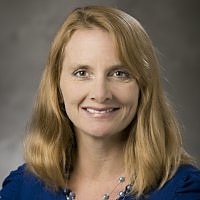 I have a new hero, namely Dr. Mary (Missy) Louise Cummings, Director of the Humans and Autonomy Lab and Duke Robotics, a Professor of Mechanical Engineering and Materials Science and Professor of Electrical and Computer Engineering at Duke University in Durham, North Carolina. Duke, incidentally, is the alma mater of both Apple CEO Tim Cook and Melinda Gates.

However, my newfound admiration of Dr. Cummings has nothing to do with them — at least directly, but rather on her incisive testimony at a Senate Committee on Commerce, Science, and Transportation hearing titled “Hands Off: The Future of Self-Driving Cars” on Tuesday, March 15. The hearing, convened by Committee chairman U.S. Sen. John Thune (R-S.D.), was to explore advancements in autonomous vehicle technology and its anticipated benefits for Americans.

Several witnesses were asked to testify on their continued efforts to develop automated vehicles, and to share their views on the appropriate role of government in promoting innovation including removing unnecessary hurdles, and their strategy to grow consumer adoption of this new technology.

In refreshing contrast to the cheerleading and bandwagon jumping that’s characterized most commentary on the topic of autonomous car development — at lest in the tech/IT sphere, Dr. Cummings’s testimony at the Senate hearing last week sounded a prudent note of caution and much-needed reality check, affirming that she is “decidedly less than optimistic” about what she perceives to be “a rush to field systems that are absolutely not ready for widespread deployment, and certainly not ready for humans to be completely taken out of the drivers’ seat” (as Google, for instance, is advocating).

In her remarks, Dr. Cummings acknowledges that development of self-driving car technologies has led to important advances in automotive safety including lane departure prevention and crash avoidance systems, but cautions that “While such advances are necessary stepping stones towards fully capable self-driving cars, going from automated lane changing or automated parking to a car that can autonomously execute safe control under all possible driving conditions is a huge leap that companies are not ready to make.”

Dr. Cummings goes on to cite an array of limitations currently inherent in autonomous vehicle technology, many of which I’ve pointed out myself in various essays on the topic over the past several years, a major stumbling block being “operation in bad weather, including standing water on roadways, drizzling rain, sudden downpours, and snow” — conditions that will be “especially problematic when coupled with the inability of self-driving cars to follow a traffic policeman’s gestures.”

Dr. Cummings noted that another major problem with self-driving cars is their vulnerability to hacking. “Self-driving car cyberphysical security issues are real, and will have to be addressed before any widespread deployment of this technology occurs”, she contends. “For example, it is relatively easy to spoof the GPS [Global Positioning System] of self-driving vehicles, which involves hacking into their systems and guiding them off course. Without proper security systems in place, it is feasible that people could commandeer self-driving vehicles (both in the air and on the ground) to do their bidding, which could be malicious or simply just for the thrill and sport of it.”

“And while such hacking represents a worst-case scenario”, she continues, “there are many other potentially disruptive problems to be considered.” For example, Dr. Cummings notes that “It is not uncommon in many parts of the country for people to drive with GPS jammers in their trunks to make sure no one knows where they are, which is very disruptive to other nearby cars relying on GPS. Additionally, recent research has shown that a $60 laser device can trick self-driving cars into seeing objects that aren’t there. Moreover, we know that people, including bicyclists, pedestrians and others drivers, could and will attempt to game self-driving cars, in effect trying to elicit or prevent various behaviors in attempts to get ahead of the cars or simply to have fun. Lastly, privacy and control of personal data is also going to be a major point of contention. These cars carry cameras that look both in and outside the car, and will transmit these images and telemetry data in real time, including where you are going and your driving habits. Who has access to this data, whether it is secure, and whether it can be used for other commercial or government purposes has yet to be addressed.”

Dr. Cummings concludes that in her opinion, the self-driving car community is “woefully deficient in its testing and evaluation programs”, with no leadership that notionally should be provided by NHTSA”. She points to Google advertising that its cars have driven two million miles accident free, noting that New York taxi cabs drive two million miles in a day an a half, observing that Google’s two million mile boast is “indicative of a larger problem in robotics, especially in self-driving cars and drones, where demonstrations are substituted for rigorous testing”. She argues that “it is not simply good enough” to let self-driving cars operate to accrue miles in the relatively dry, sunny, and snowless environments of California or southern Texas, observing that many of the sensors on self-driving cars are not reliable in challenging weather, urban canyons, or places where map databases are out of date, and that gesture recognition is a serious problem in real world settings.

Dr. Cummings can hardly be dismissed as a technophobe Luddite. She affirms that as a professor in the field of robotics and human interaction she is wholeheartedly in support of research and development of self-driving cars. She received a B.S. in Mathematics from the US Naval Academy in 1988, her M.S. in Space Systems Engineering from the Naval Postgraduate School in 1994, and her Ph.D. in Systems Engineering from the University of Virginia in 2004.

Serving as a naval officer and military pilot from 1988-1999, Dr. Cummings was one of the U.S. Navy’s first female fighter pilots and is currently an associate professor in Duke University’s Department of Mechanical Engineering and Materials Science, the Duke Institute of Brain Sciences, and the Duke Electrical and Computer Engineering Department. She is also an affiliate professor with the University of Washington’s Aeronautics and Astronautics Department.

Being grounded in that technology-intensive background, Dr. Cummings caveats should carry authoritative weight. She contends self-driving vehicle systems will not be ready for real-world introduction until their developers move along from superficial demonstrations to conducting principled, evidenced-based testing and evaluations, including testing of human/autonomous system interactions and sensor and system vulnerabilities in environmental extremes.

Personally, I have a lot less sunny perspective than Dr. Cummings on issues associated with the prospect of hordes of robot controlled vehicles sharing streets and highways. The purported inevitability of autonomous cars is generally going over like a lead balloon in the car enthusiast community, of which I have been a lifelong member (at least as far back as I can remember). I come from a family of several generations of gearheads in both the paternal and maternal lines, am a consummate a car aficionado, enjoy driving, and derive a lot of satisfaction from vehicle control skills I’ve developed and refined over nearly half a century now. Consequently, I’m not enchanted by the ascendancy of a technology that seems to be primarily in aid of enabling people to keep eyes glued to their smartphones and tablets while in road transit.

But there’s more at stake here than personal taste and skepticism regarding technological challenges, such as operation of autonomous vehicles in locales like where I live where the roads, sometimes dirt-surfaced, are poorly marked and can be snow-covered at any time from mid-October to mid-May, with signage obscured by deep snowbanks and such road marking as there are covered by ice, sometimes for weeks or months at a time.

There will also be massive macroeconomic and cultural disruption resulting from widespread adoption of autonomous vehicles.

In his column in the March-April 2016 issue of Road & Track magazine, retired auto industry executive Bob Lutz, who held senior management positions at General Motors, Ford Motor Company, Chrysler Corporation (now Fiat Chrysler Automobiles), and BMW, declares: “When the fully autonomous car becomes a reality, it will be the death of the automobile industry as we know it. I’m sorry, but that’s inevitable.”

Mr. Lutz, also a former fighter pilot, in his case with the U.S. Marine Corps Reserve’s 4th Marine Aircraft Wing, thinks that non-autonomous cars will eventually be mostly banned from public roads and relegated to the status of horses today, with independent driving becoming the equivalent of attending an upmarket horse event on a weekend where you can enjoy your car in a non public highway environment. However, he’s convinced that that despite the autonomy cheerleaders’ contention that driverless cars will be a consumer reality in the near future, the whole system is 30 years away, and at 84 he’s glad he won’t be around to see it.

He also predicts hard times for the auto industry, noting that when piston-engined non-automous cars sare replaced with battery-powered transportation modules, “brands will no longer matter. What is the reason for being in a BMW module or a Mercedes module?”

Car and Driver magazine’s Benjamin Preston agrees with Bob Lutz that autonomous vehicles will be bad for the economy — and not just the auto industry. Writing in the magazine’s March, 2016 edition, Preston cites Brian Johnson, director of equity research at Barclays Capital, projecting that with a shift over to autonomous vehicles displacing much of the current privately owned fleet, annual auto sales in the US could decline by as much as 40 percent, and the total number of vehicles on the roads by more than 60 percent, causing massive layoffs of auto workers domestically and worldwide.

He also notes the University of Oxford’s Oxford Martin Schools Programme on the “Impact Of Future Technologies” recent prediction that computerization and robotics will eliminate nearly half of the current jobs in the US over the next two decades. For example, he notes that the current 200,000 taxi driving jobs and somewhere between three and four million truck-driving jobs will be in jeopardy from autonomous vehicles.

Then there’s most municipal governments’ heavy reliance on parking meters and tickets, and other vehicle infraction fines as a source of revenue, which will largely dry up with fleets of autonomous vehicles programmed to always obey the law, according to projections by researchers at the Barclays Institute.

Ditto for the auto insurance industry, since their premium prices are based on actuarial risk, and robotic cars and trucks will (at least it is presumed) have lower risk of being involved in accidents and therefore will command lower insurance rates.

Be careful what you wish for.