Jamf, which provides Apple device management support for more than 10,000 small business, education institutions, and a growing presence of Macs, iPads and iPhones in the enterprise environment, has released its third annual global survey of IT professionals on Apple adoption across enterprise, K-12 and higher education organizations. The survey results reveal once again that user choice is driving Apple adoption in business and education, and that Apple devices are easier to manage than rival platforms, such as Windows PC, Chromebook, and Android.

Apple Adoption Prevalent In The Enterprise

The Jamf survey finds that consistent with Apple reports, its products are gaining ground in the enterprise, with 91 percent of businesses surveyed using Macs and 99 percent using iPhone, iPad or both. User preference is driving Apple’s penetration in the enterprise, and this demand for Apple is being met through device choice programs. Nearly half of organizations surveyed (44 percent) offer employees a choice between Mac and PC, with the majority (71 percent) offering a choice between iPhone and other mobile device brands.

The survey analysts observe that that IT departments today are clearly managing mixed-device environments. When asked how managing Apple devices stack up against the competition, IT professionals surveyed ranked Mac and iOS devices as easy, if not easier, to manage than other device brands.

Apple Leading the Charge in Education

Apple devices are also prominent in education. Seventy percent of K-12 schools use Mac, while a substantial 90 percent use iPads to enhance education outcomes. The story is similar in higher education, with an even greater percentage (80 percent) using Mac and 94 percent leveraging iPad. Growth of Mac and iPad devices in education is attributed to user preference, better security and overall less maintenance. 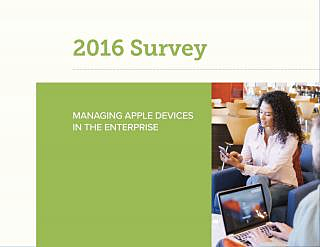 Managing Apple Devices in the Enterprise 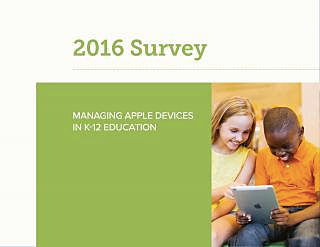 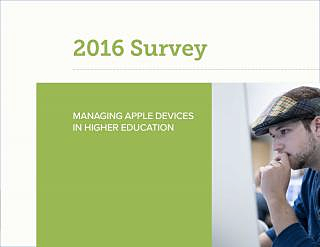 “The 2016 Apple Trends Survey confirms what Jamf has been seeing for some time,” said Dave Alampi, vice president of product management and marketing, Jamf. “Not only is Apple gaining momentum in the enterprise due to user preference, but IT is finding that with the right mobile device management solution, Mac, iPhone and iPad are easier to manage and enable a better overall experience for users.”

This survey — conducted in January 2017 by Dimensional Research — is based on the responses from nearly 300 commercial business, 300 K-12, and 300 higher education IT professionals, managers and executives from small, medium, and large organizations around the world.