What does Apple have against mice? OK, that’s a rhetorical question. I’m referring to Apple’s continued refusal to support mouse pointing and clicking input on the iPad, despite widespread appeals from users that they give in.

Apple, which ironically is the company that popularized use of computer mice back in the ’80s, now wants us to learn to get along using touch input only for pointing and clicking.

It’s discouraging to think if the amount of time, money, and development resources Apple has been expending on trying to compensate for the absence of mouse input on the iPad, and the largely inelegant kludges the massive effort has yielded. I’ve been reading reports by brave folks who’ve installed the iOS 11 public beta, which has been pitched as addressing iOS productivity issues and removing impediments to making the iPad a bona fide replacement for notebooks running macOS or Windows. Based on these accounts, iOS 11 is still more than a few bricks shy of a load in that context, even once the new iOS productivity features can be made to work properly, which they evidently don’t as yet. 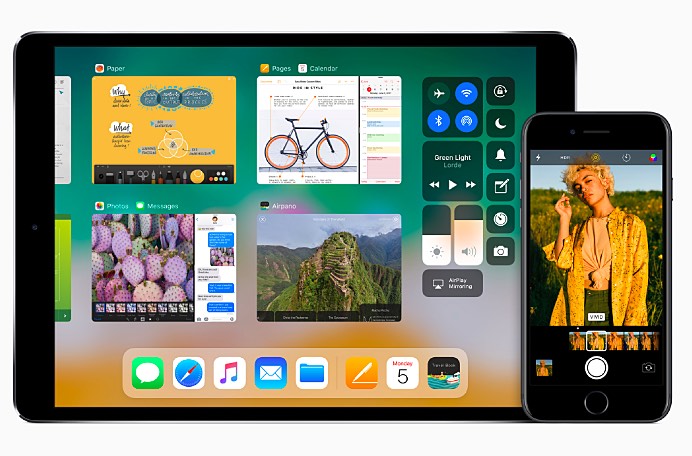 The fundamental issue is that direct touch simply is not as precise and positive as mouse input, and I’m pessimistic that it even can ever be made so. I’m not against touch input. Indeed I’m an advocate of Apple getting over another “purity” issue and offering touchscreens in notebooks as most of their PC competitors do. Touch works fine for doing the things it does well, and I almost entirely use the virtual keyboards for typing on my iPad.

Why can’t we have both? Choice is good. The iOS has long had Bluetooth support for external keyboards, so adding a Bluetooth mouse driver to the mobile operating system should be simple if Apple was only willing. 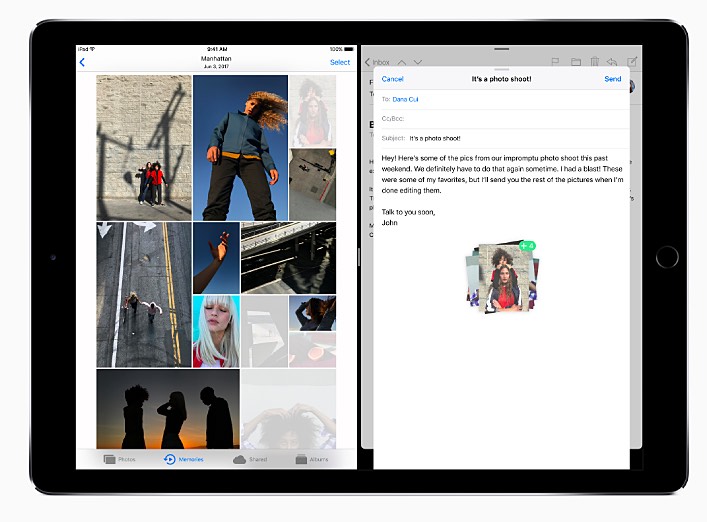 However, selecting an image or block of text and moving it to another location on the iPad can be a nightmare, or at least a major frustration using touch. That issue is supposed to be addressed by the new Multi-Touch Drag and Drop features in iOS 11, providing iPad users with the ability to drag and drop selected documents, blocks of text, images, apps, and other files from one app window to another anywhere on the screen using tap and hold. Unhappily, according to the reports I’ve been reading, it’s all still pretty clumsy compared with the intuitive simplicity of executing these basic tasks using a mouse.

Nor are styluses, even sophisticated ones like Apple’s expensive Pencil, an adequate substitute for a mouse except perhaps for graphic artists or other folks who work a lot with images. 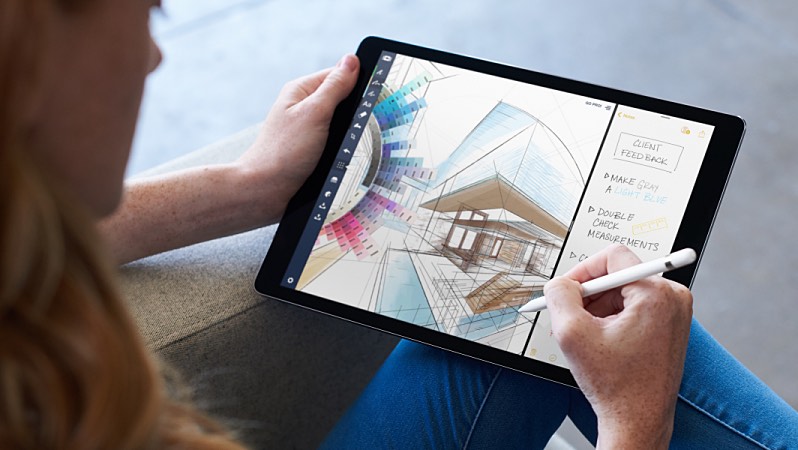 The inability to support mouse input is especially nonsensical with the 12.9-inch iPad Pro, which is really a portable device best suited to desktop use.

However, Apple has a long history of trying to force its customers to do things the Apple way rather than trying to accommodate and facilitate customers’ own preferences. Sometimes they’ve been right, as they were about dropping floppy disk drives from the original iMac in 1999. Others not so much, such as dumping the excellent MagSafe charge connector technology from recent Mac notebooks, and equipping the current 12-inch Macbook with just one overworked USB-C port tasked with handling charging and all I/O connectivity, and making its proprietary Lightning the only hardware interface (save for earphone jacks) supported by the iPad.

Indeed, Apple’s philosophy pertaining to I/O ports has always been somewhat chaotic. Early Macs supported a range of now largely extinct I/O options, such as standard serial ports, ADB for mouse and keyboard connections, and high-speed but finicky SCSI. ADB got displaced by versatile USB, and SCSI by Apple’s own excellent FireWire technology. Turn of the century vintage Apple notebooks even had an infrared wireless data transfer interface.

Apple abandoned FireWire in the late ’00s, letting USB-3 handle high(ish) speed data transfers as well as wired mouse and keyboard input, and has now switched its Macs to do-all USB-C. As above-noted, the 12-inch MacBook gets one USB-C port, with the base (no TouchBar) late 2016 MacBook Pro allotted two, and four on the current TouchBar MBPs. It would have been convenient had Apple kept one or two USB-3 ports for dongle-less connection with existing peripherals most of us own. I also will miss the elegance of MagSafe once my current MacBook Airs’ service life is over.

Ironically, USB-C appears to be an ideal standard I/O interface with which to replace Lightning on the iPad, but despite Apple’s whole-hog switch to USB-C on the Mac, they’ve shown no inclination to follow suit with the iPad, alas. One gets the impression that Apple would prefer to dispense with hard-wired connectivity entirely, especially on its mobile devices, and concentrate on wireless alone. Maybe they will someday be able to realize that ideal, but I don’t think it will be for some time yet, and in the meantime, giving the iPad some standard connectivity would be a positive step toward Apple’s apparent objective of promoting the iPad as a notebook replacement.

Beta bugginess notwithstanding, iOS 11 promises to be a giant step in the right direction for iPad productivity, but that could be significantly amplified by adding mouse support, and Apple’s continued dogged resistance to that amounts to a frustrating missed step.