NEWS: 07.13.18- Yesterday was a good news day for any Mac fan clamoring for Apple to refresh its professional notebook computer line with the release of new models of the MacBook Pro. But it was a bad news day as well and in case you missed it, only discovering today on Friday the 13th that Apple will be discontinuing some of its other products is a real case of bad luck.

Seemingly lost in the shuffle of the round of Apple news tidbits yesterday was the news that the Cupertino, Calif.-based company will no longer be providing photo products printing through its in-house service. Also, earlier in the week was the rumor that sales of the iPhone X and SE models will end this Fall.

The confirmed news about the Apple printing service for photo products such as prints, calendars, and photo books being discontinued was reported yesterday by Macworld which stated that “you’ll have to take your photo printing needs elsewhere come September.” 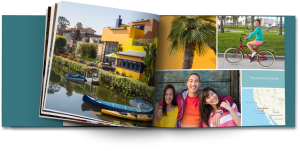 The exact cutoff date is September 30, 2018 and based on the information provided in the article, moving forward, Mac users will need to download the Photo Project Extension from the Mac App Store which will then allow users to gain access to an assortment of available third party printing services like ShutterFly for example.

In fact, Macworld reported that there is no mention of the Apple photo product printing service in the Photos app included in the upcoming installment of Mac OS, version 10.14 Mojave.

The unconfirmed rumor that Apple will discontinue sales of the iPhone X and SE and retire them from the line-up was reported on Monday by iDrop News based on a published research note where two analysts had made the prediction.

According to these analysts, they forecast Apple to be releasing an iPhone 9 which will be an LCD-based device that is going to be the low-cost model while the iPhone 11 and 11+ will sport an OLED screen and be the high-end offering.

The author of the article stated, “Interestingly, the analysts expect the iPhone 8 and iPhone 8+ to stick around the product lineup past the Fall announcement event. They’ll likely occupy lower tiers of the Apple device ecosystem.”

However, he warned readers to take the rumors with a grain of salt and offered a prediction of his own and said that it would be more likely that a second generation iPhone X and SE will be released instead by Apple.

With any luck, the good kind, Mac users will fine the third party providers of photo products printing services as equal to Or surpass The one offered by Apple while the predicted slate of refreshed iPhone models — weather second generation X and SE or brand new 9, 11, and 11+ lines Still remains to be seen — coming this Fall will satisfy fans of the Apple smartphone and generate enough hype to make the Devices the next must have upgrade.