It’s hard to believe that more than six months have slipped by since I bought my 13-inch Haswell MacBook Air on Black Friday 2013. It was my first new computer purchase in over four and a half years — the longest I’ve gone between anchor system upgrades since I started using Macs in 1992, which speaks well of its Core 2 Duo MacBook predecessor, which had been (and remains) a flawless performer. An iPad addition in 2011 helped as well.

Happily, the MacBook Air is so far continuing that pattern of rock-solid reliability, with no problems to report in its first half-year of service. Indeed, I can’t think of anything to complain about. I’m not OS X 10.9 Mavericks’ biggest fan, but that’s not the MacBook Air’s fault, and I’m gradually getting used to Mavericks, although I still prefer the OS X 10.6 Snow Leopard user interface.

The MacBook Air is my first Mac with a solid state storage drive and first since my 1996 PowerBook 5300 without an optical drive. I’m enjoying the dead silence of the SSD, although the hard drive in the late 2008 MacBook is pretty muffled and not at all obtrusive. The flash memory speediness is not unwelcome either, although for the sort of stuff I mostly do with computers, the advantage isn’t as dramatic as it would be for some users. Speaking of silence, I can’t comment on how much noise the MacBook Air’s cooling fan makes, since it has yet to kick in, even in the hot weather that’s finally arrived here in Nova Scotia.In practical terms, that makes it a whole lot quieter than the old Core 2 Duo MacBook, whose fan cuts in frequently in these summer temperatures. 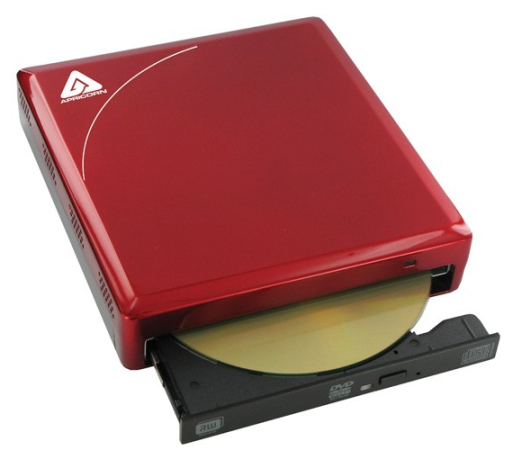 I’m cheating a bit on the optical drive front, since I have an Aegis NetDock external hard drive with tray-loading optical drive device hooked up to the Air when it’s doing desktop substitute duty in my office. I don’t load DVDs or CDs often, but it would be a pain to have no support for optical disks at all. Using the peripheral Aegis drive, I can still install software, access stuff I have archived on CD and DVD, watch movies, listen to music and rip content from music disks to digital. I’m pretty much OK with removing built-in optical drives from Apple’s laptops as long as I have a good peripheral drive so I’m not locked out when I need access to data on disk. Apple will sell you a freestanding USB SuperDrive for $79.00, but I would encourage spending another hundred bucks ($180.00 at Amazon)to get the Apricorn Aegis NetDock, especially if you go with the base 128 GB flash storage capacity. The Aegis gives you a dual-layer DVD burner drive, a 500 GB hard disk drive for backup and/or overflow from the SSD, and a 4-port USB hub with two of the ports “always on” for device charging and such.

Thus far I haven’t had any reason to regret passing on a RAM upgrade to 8GB at time of purchase, leaving me with 4GB for the duration. Happily, OS X 10.10 Yosemite’s memory demands are reportedly the same as for Mavericks. I did pony up for a storage drive capacity upgrade to 256 GB from the standard 128 GB, and will likely be thanking myself for that down the road.

Speaking of Retina Displays, I acknowledge that a lot of folks are willing to put up with mediocre battery life and higher capital cost in order to have the higher resolution screen. For me, that’s too much sacrifice. The 13-inch MacBook Air has a panel resolution of 1440 x 900, the same as I had with my 17-inch PowerBook G4 of yore, and which I find more than adequate after four and a half years on the 1280 x 800 MacBook display.

The MacBook Air keyboard in terms of feel and action is about the same as the ‘board in the older MacBook, which is to say very good but not quite great. I still prefer the KBs in my ancient Pismo PowerBooks. I am glad to have back the keyboard backlighting I’d enjoyed on the the above-mentioned 17-inch PowerBook G4, and missed on the MacBook. The trackpad is even better than the MacBook’s. I’m still not a convinced convert to buttonless trackpads, but the Air has the best multitouch trackpad I’ve experienced yet.

So, would I recommend the 13-inch MacBook Air? You bet! Especially as it’s now $100 cheaper in the U.S. than it was when I bought mine, and has a modest but welcome 100 MB processor clock speed bump (to 1.4 GHz) as well. At $999 I would rate the 13-inch MacBook Air as arguably the best all-round value in a laptop Apple has ever offered.

You’ll need to decide if you want to upgrade to 256 GB storage ($200) and/or 8 GB of RAM ($100) before ordering, since neither is upgradable post-purchase. I’m satisfied with the speed of the 1.3 GHz Core i5 CPU in my MacBook Air, and the current 1.4 GHz base processor is slightly faster, but if you feel the need for greater speed for high-end graphics work, video editing, GarageBand, or gaming, You can specify a 2.4 GHz Core i7 with Turbo Boost up to 3.3 GHz for another $150.

Based on my first six months experience, I’ll give the 13-inch Haswell MacBook Air a 4 out of 5 rating, marked down only for the lack of post-purchase upgradability and a swappable battery.