AppleDailyReport’s Dennis Sellers predicts that the iPad mini is going to be left to wither on the vine, as it were, and then just allowed to fade away — a casualty of the IPhone 6 Plus and other large-screen “Phablet” smartphones’ popularity.

I hope Dennis is mistaken, but there’s little evidence indicating that he’s not. I fear that iPad mini 3’s exceedingly minimalist upgrade last fall is the proverbial handwriting on the wall, and exhibit A supporting his argument. 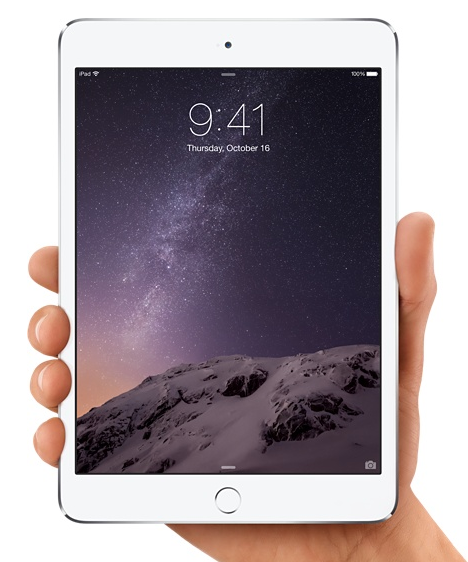 If it’s fated for phase-out, I’ll be sad to see the mini go, and even though I just bought a nice iPad Air 2 a few months ago, I’m sorely tempted to grab a mini 2 while the grabbing is still good. I love the handy size of the mini, and consider it the most aesthetically pleasing member of the iPad family.

The iPad mini’s enclosure, like those of all Apple hardware in the aluminum and glass age, is engineered and refined to tolerances measured in microns, mono-crystalline diamond-cut edges, and rich metallic finishes — reminiscent of high-end jewelry or fine Swiss watches. 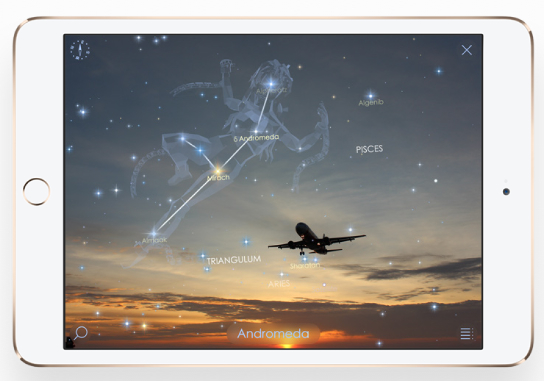 However, the main reason I haven’t already got a mini may be indicative of why its demise could be imminent. My hesitation has been that the mini’s 7.9 inch screen is just about the lower limit of what I consider usable for my needs in a pocketable tablet device on which it’s still practical to do production work. It makes the cut for that sort of use, but barely. The iPhone 6 Plus’s 5.5-inch panel is simply too small for doing serious work on, and also too big for a cellphone. At least in my estimation. Obviously there are many who disagree.

I’ve established that it is possible to to type efficiently on the iPad mini’s virtual keyboard in landscape mode — my preferred orientation — and I would imagine that anyone used to typing on an iPhone would find the mini’s keyboard luxuriously expansive. That said, typing on the 9.7-inch iPad screen is easier, perhaps partly because that’s what I’m used to with my iPad 2 and iPad Air 2. I’m also not a touch typist. My wife, who is, has declared both full-sized and mini iPad virtual keyboards hopeless. She’s an iPad skeptic who prefers her ancient G4 PowerBook, but I think the iPad would grow on her if she gave it a chance — albeit probably with an external BlueTooth keyboard.

For my neighbor, a doctor who travels frequently and packs an iPad mini in her handbag, using it for mostly email and texting, the mini is about perfect, but her sort of use could also be fulfilled nicely with an iPhone 6 Plus (although she likes the iPad’s bigger screen).

Why would I opt for a mini 2 and not the latest mini 3? Because it’s a hundred bucks less and functionally almost identical to he current model (it is identical in weight, dimensions, processor and graphics support power, and battery capacity) The very few differences are not things I can’t happily live without — namely Touch ID fingerprint recognition log-in and a Gold color option. My iPad Air 2 is gold, and I like it, but a Space Gray mini would do just fine, and typing in a four-character log-in code is not a serious hardship.

Aside from that, both the mini 2 and mini 3 are powered by last year’s A7 64-bit system on chip with the same video support, and have the same Retina display, making the mini 2 at $299 one of the best Apple bargains ever. Oh yes, one other difference; the mini 2 maxes out at usefully-sized 32 GB memory configuration for a reasonable $50.00 extra. That’s what I would’ve ordered with my Air 2 had it been available with that model, but it isn’t, so I had to either go with the ridiculous 16 GB standard capacity or cough up an extra $100 (or in my case CAN$110) for a 64 GB upgrade, which is the upgrade choice you’re given with the mini 3 as well.

Apple notes that the iPad mini’s two microphones don’t just collect more sound, but together employ sophisticated noise-reduction technology to suppress background noise. In addition, when you switch cameras from front to back (or vice versa), the microphones switch, too. So the mini sees what it hears. 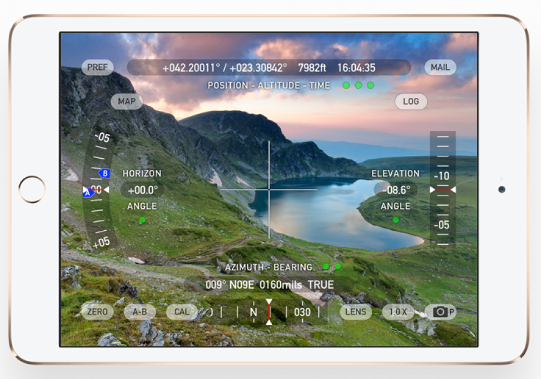 The current mini with Retina display is A7-powered, offers only a smidge less computing performance than the full-zoot Air, and also has the same 2048 x 1536 Retina class panel resolution as the full size iPad but with the same 324 pixels-per-inch density as on Apple’s iPhone and iPod touch, thanks to the smaller screen real estate.

Of course if you have large music and/or video collections (I don’t), 32 GB of storage might still be a bit on the low side, but it wouldn’t cramp my style in the slightest. After nearly four years use, I still haven’t filled the 16 GB drive on my iPad 2, although it’s getting filled up, and I wouldn’t start fresh again with just 16 GB on an iPad. However 32 GB sounds just about right for my needs.

Except that I already have a 9.7-inch iPad Air 2 with 64 GB of storage memory, and it has an 8 megapixel camera — a significant upgrade in picture-taking performance from the 5 mpxl unit in the iPad mini 2 and 3. Not a biggie I guess for the crowd who scorn and deride iPad photography, but I find it a major convenience to have available, and use it for most of my shooting these days. 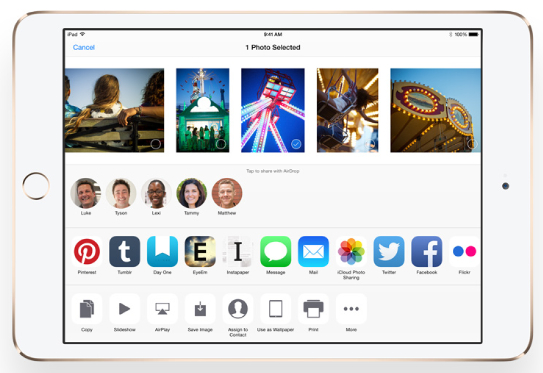 Will I get an iPad mini? Still riding the fence. I’d love to have one, but I’m still finding it hard to justify in practical terms for my needs.