Motley Fool contributor and technology specialist Ashraf Eassa thinks Apple could now build laptops powered by its in-house designed A-series systems-on-chip, noting that the company says its latest A9X SoE has 1.8 times the CPU punch and twice the graphics performance of the A8X chip that’s under the hood of the iPad Air 2 I’m drafting this column on.

He notes Apple’s claim that the A9X chip powering the new iPad Pro is faster than 80 percent of portable PCs shipped over the past 12 months in CPU tasks and exceeds 90 percent of portable PCs in graphics performance. Which, if Apple’s metrics are accurate, and there’s no reason to doubt their veracity, would provide the capacity to challenge Intel’s lower-powered Core i-series silicon for laptop hardware like the 12-inch MacBook and even the MacBook Air– a prospect Eassa thinks theoretically plausible.

However, Eassa doesn’t think that’s going to happen, observing that the reason Apple switched to Intel processors on 2006 in the Mac was that they offer the best performance/power equation in the industry, to which I would add that using a common CPU platform with Windows PCs gives Macs the tremendous advantage of being able to run Windows natively. Then there would be the massive software disruption consequential to porting OS X and Mac application software to ARM from Intel X86.

I don’t disagree, although I wouldn’t be surprised if Apple does build an A-series clamshell laptop form factor iOS machine, or perhaps more likely a hybrid with a detachable touchscreen display module that can function as a freestanding tablet, hinted at by a recent patent application filing.

However, the arrival of such a machine would not oblige Apple to switch to A-series silicon for the Mac, and both ARM and X86 laptops could continue coexisting successfully and complimentarily as they do now. There is even precedent for Apple simultaneously offering clamshell laptops running desktop and mobile operating systems respectively. For just short of a year in 1997-’98. Apple marketed a machine called the Newton eMate 300 with a clamshell laptop form factor, but running Apple’s Newton personal digital assistant (PDA) operating system rather than the Mac OS.

The eMate 300 was not marketed as a Macintosh, and neither would an A-series powered laptop running the iOS have to be. Apple should tread cautiously about messing with the Mac if it wants to stay in the full-powered PC business. According to Gartner Inc. metrics, Apple’s iOS/OS X enjoyed a combined 11.04 percent global market share of devices shipped in 2014, not really that far behind Windows’ 14.00 percent global share. The new big kid on the OS block is Android with a relatively whopping 48.61 percent,although that is almost entirely mobile devices. The remaining 26.34 percent is categorized as “other.”

According to Macintosh data cited by Wikipedia, Apple had a mere 2.06 percent share of the computer operating system market in 2003, but in October 2006, research firms IDC and Gartner reported that Apple’s U.S. domestic market share had increased to about 6 percent with metrics from December 2006, showing Mac market share around 6 percent (IDC) and 6.1 percent (Gartner), representing a greater than 30 percent increase in unit sales from 2005 to 2006, and by March 2011, OS X market share in North America had increased to slightly over 14 percent.

What had changed? Apple switched from PowerPC to Intel silicon in 2006, and the Mac sales growth curve has been mostly positive since. Apple would be well advised to proceed with extreme care with any plans to drop Intel X86 and replace it with ARM processors on the Mac.

However that shouldn’t preclude building non-Mac iOS laptops with A-series chipper. If such a machine included a trackpad, and didn’t rely on the awful body-English required by touchscreen input using an iPad with external keyboard solutions in vertical screen mode, and the price was reasonable, I would be interested. 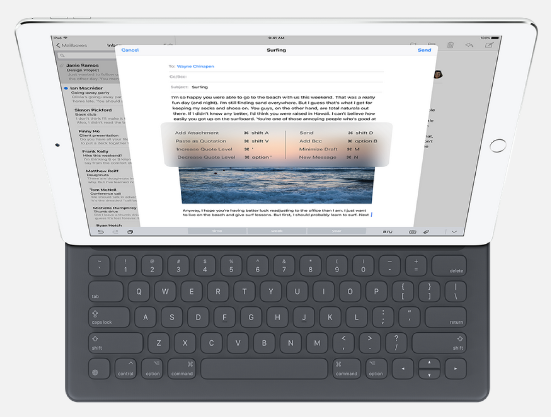 IMHO the new iPad Pro is basically just a bigger iPad that fails as a laptop replacement for several reasons, the input issue being a major shortcoming. I’ve worked around it with my 9.7 inch iPads, but they remain ancillary to my MacBooks for serious work. 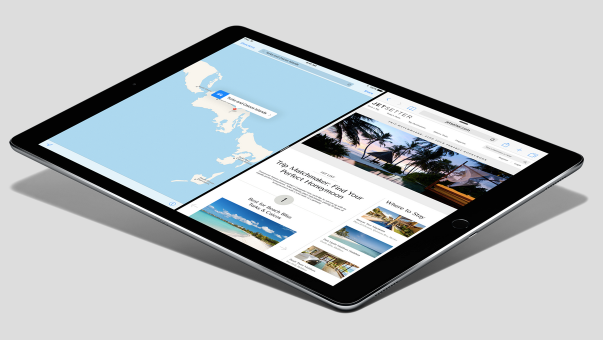 But that’s just me. Charles Edge, Product Manager of Bushel, developers of a tool that brings enterprise-level Apple device management features to small and medium sized businesses without the need of IT department support, says: “Apple’s iPad Pro is an even more attractive device for small businesses, and offers hands-down the most enticing laptop replacement we’ve seen in a long time. The new multi-tasking features in iOS 9, along with the iPad Pro’s bigger screen and keyboard option are all exciting, but the biggest advantage is that iOS 9 requires little to no professional support.”

Another reason an A-Series iOS laptop could fly.