It’s hard to believe a whole year has passed with the iPad Air 2 I’m typing this column on. In November, 2014, I was closing on three and a half years with my first tablet — an A5 powered iPad 2. That machine was running great, and still is a year later in my wife’s possession of. A recent survey found the iPad 2 is still the most prolific iPAd model by a wide margin, and as an erstwhile owner it’s no mystery why to me. The iPad 2 was/is an excellent piece of hardware. 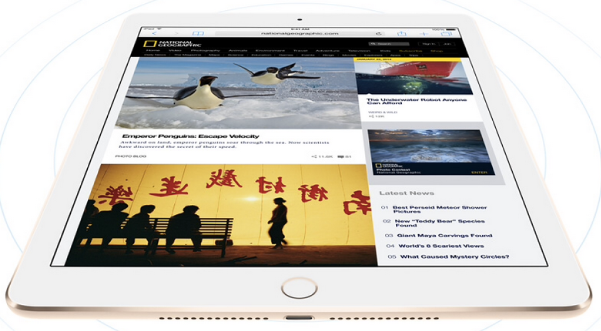 However, I push my iPad pretty hard, and do about half my production work on it, as well as most of my content consumer stuff, and I had begun to find the iPad 2 metaphorically breathing hard and feeling a bit sluggish. I also was leery of installing then state of the art iOS 8, having seen forum complaints about additional performance degradation on older mobile machines.

I should add here that my brother-in-law was running iOS 8 on his iPad 2 the last time I saw him, and professed to be satisfied with its performance.

Anyway, I figured it was time to upgrade, and it turned out in retrospect to have been an excellent time to have done so. One year later, my iPad Air 2 is still state-of-the-art in 9.7-inch Apple tablets — an unexpected bonus in value retention with no model change likely now before late winter earliest, and possibly as late as next fall.

I had mused about opting for a $100 cheaper original A7 iPad Air, but am glad I decided against it and went with the Air 2, which, with its A8X SoC, is claimed by Apple to be 40 percent faster at computing tasks than the A7 powered original iPad Air. The Air 2 also made the cut for the new split screen and limited but welcome multitasking features in iOS 9 — which the original Air did not. iPad Air 2 additionally has faster connectivity with 802.11ac Wi-Fi and Multiple-In-Multiple-Out (MIMO) technology for a claimed 2.8 times faster Wi-Fi performance than the original iPad Air at data rates up to 866 Mbps. 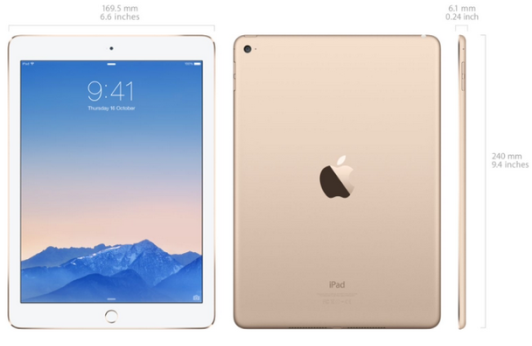 There is of course now a new, faster iPad — the A9X powered iPad Pro, but thus far I have no complaints about the Air 2’s speediness.

I’m also happy that I upgraded to 64GB memory, which cost another hundred bucks. Having determined to go with the iPad Air 2, that was the lowest level memory upgrade from the standard 16 GB configuration, which is what I had on the 2, and it was getting pretty packed out after three and a half years, even though I have only a small music collection and no movies on my iPads. Sixteen gigs simply isn’t enough, and Apple really should make 32 GB the entry level across the board as it is on the iPad Pro. While I’m at it, 64 GB would be a more realistic basement for the Pro.

My iPad Air 2 is in the newly available with that model’s introduction gold metallic finish. After a year, it still looks great to me, and I think it’s the best look of the three available options on iPads. It’s interesting how particular finishes suit some machines better than others. While I think the gold accenting a white screen bezel looks tastefully elegant on the iPad, I find it a bit too much on the new 11-inch MacBook. I prefer Space Gray on the laptop, but on a tablet the black screen bezel is a bit too overwhelmingly dark for my taste, although aesthetics are subjective. 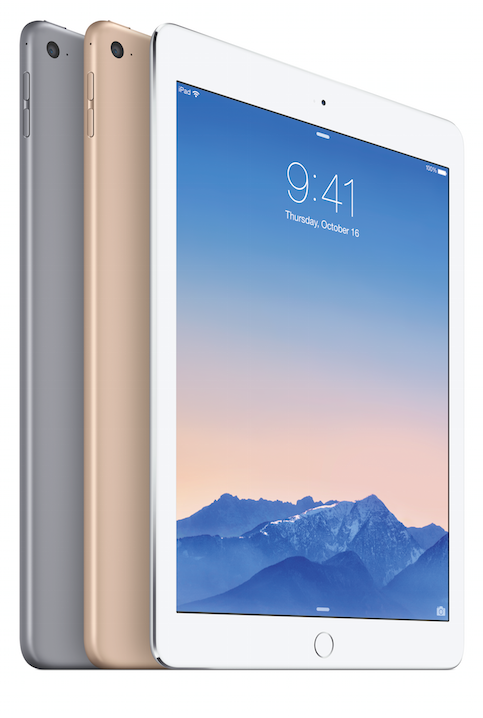 Speaking of the display, I wasn’t dissatisfied with the 1024 X 768 resolution display in the iPad 2. The 1048 x 1536 Retina anti-glare fully laminated panel in the Air 2 is certainly a nice display, but wasn’t a must-have for me.

In general it’s been a good year on the iPad Air 2. The hardware has been impeccably reliable with my dissatisfactions mainly software related — specifically the ragged performance of iOS 8 and some of the changes in iOS 9. The latter’s expanded multitasking/windowing features are certainly welcome (although still extremely limited), but why did they have to ruin the application switcher function?

My main hardware complaint with the Air 2 is disappointing battery life — not as good out of the box as the many times cycled 3 1/2 year old battery in the iPad 2, which was giving me two days of typical use between charges. With the Air 2 it’s marginal, although probably still pretty close to Apple’s nominal 10-hours. The lighter weight and thinner form factor make for easy handling,  but I would happily give up some of that for more battery capacity However, aside from that it’s been pretty much all good hardware wise.

Would I recommend the iPad Air 2? You bet! In the initial tranche of reviews when the Air 2 landed lastor some users fall, somebody declared it the best tablet computer thus far. A year later, I think it still is. The iPad Pro is faster, bigger, and has some currently exclusive features, and those characteristics may make it the best choice for some users. For others, one of Microsoft’s Surface machines, or even an Android tablet may make the best sense, as may the iPad mini 4 if compactness and ease of carriage are priorities. However, for most users, the iPad Air 2 will be the best all-rounder.

And if you’re still using a fourth-generation iPad or earlier, you’re missing out on significantly higher performance, and the Air 2 is the cutoff machine for supporting iOS 9’s windowing/multitasking features. It’s really time to think about upgrading.