I capped off a month of criticizing Apple’s engineering and design decisions for the new MacBook Pros by ordering a MacBook Air on Apple’s one–day Black Friday sale. This was not the system upgrade I had wanted to be making. Prior to the MacBook Pro unveiling last month I noted that as an satisfied and enthusiastic MacBook Air owner, at least one more revision with Intel Skylake processors, and perhaps a USB-C port for forward compatibility, although preferably not at the expense of eliminating all of the legacy ports, would have suited me just fine. I could have quite happily bought a machine like that as my next Mac laptop upgrade.

However at the new MacBook Pro unveiling, the March, 2015 revision of the 13-inch MacBook Air continued unchanged — including the $998.00 price point for the entry-level 13-inch model, while the 11-inch air was unceremoniously discontinued with no successor at its price point unless you consider the iPad Pro a satisfactory laptop substitute, which I don’t.

Three years having elapsed since my last system upgrade I was confronted with the following choices. I could have opted for the base model new MacBook Pro without the Touch Bar, the latter which seems like a gimmick to me — an attempt to excuse Apple from offering a touchscreen laptop of the sort favored by PC Ultrabook makers. I like and use my conventional f-keys (I understand that the Touch Bar can be configured to display f-key functions by default, but it seems like unnecessary complexity). I’m also not happy with the “butterfly switch” keyboard Apple insisted in handicapping the new MacBook Pros with, and the new MBP models are absurdly expensive in any case.

Another option would have been to buy the holdover four-year-old design last generation MacBook Pro that remains available in its 13-inch iteration as a price leader. The old-school Pro has potential as a practical workhorse with a good keyboard and a full complement of legacy ports, but it’s still pretty expensive, especially here in Canada with a starting price of CAN$1549.00. And that’s with a puny 128 gigabyte storage drive. I don’t really need a lot of processor and GPU power as I don’t do high-end graphics editing and no video editing and I’m not a gamer. A more radical option would have been to forsake the Mac after more than a quarter century on the platform and switch to a Windows PC laptop, some examples of which are looking very enticing these days. However, I shy away from climbing the learning curve that would be necessary to become production efficient on a Windows machine, and with the future looking more and more iPad oriented, there is a strong case to be made for sticking with the close integration of iPad and MacBook dynamics as a tag-team.

So in the end, I decided that a practical and rational solution to my quandary would be to pick up at least one more Apple laptop without making a really major cash commitment to the platform at this point. What I settled on was the entry-level model MacBook Air configured with a 1.6 GHz Broadwell Intel core i5 processor, Intel HD Graphics 6000, 8 GB of RAM, 802.11ac Wi-Fi support, and a not really adequate 128 GB SSD that I hope can be satisfactorily worked around by way of an expansion card via the Air’s SD Card slot. Apple’s Black Friday sweetener was a $200 Apple gift certificate I will likely apply to the purchase of my next iPad upgrade. The total before taxes, including a strange $1.20 “recycling fee,” came to $1200.20 plus sales tax. Less the 200 dollars Black Friday premium allowance, which is a decent, albeit unspectacular discount, and only of course if one intends on buying another Apple product in the foreseeable future. 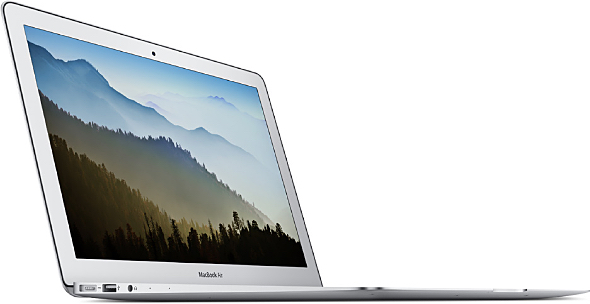 Not a lot of excitement attached to this purchase, and a strong element of “been there, done that,” since my new machine will look and feel virtually identical to the mid-2013 Haswell MacBook Air I bought on Apple’s Black Friday sale in November 2013. I got a $150.00 gift card premium three years ago, which I applied to the subsequent purchase of my current iPad Air 2.

In the positive column I really like the second generation MacBook Air form factor that was originally released in late 2010, and has had many upgrade revisions over the past six years. It’s old technology now, with its pedestrian 1440 x 900 display resolution, but it has a nice keyboard and trackpad, the screen is adequate, theres a collection of legacy ports including that SD card slot, and a conventional 3.5 mm audio jack. A clincher is that it boasts the longest battery runtime life of any Apple laptop ever. Apple claims 12 hours, and some testers have squeezed out runtime in the 14-16 hour range. It also charges gratifyingly quickly. Overall, the MacBook Air is probably my favorite Apple laptop design so far. 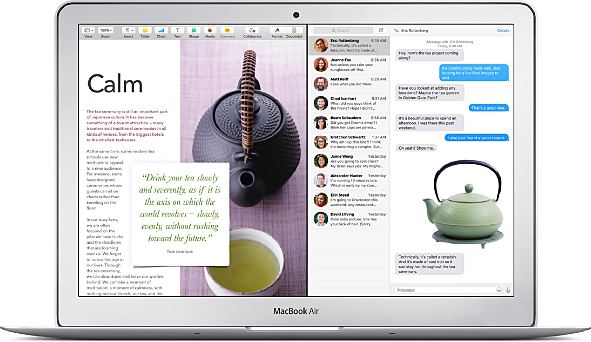 I equivocated a bit over whether I should upgrade the storage drive capacity to 256 MB, as I did with the 2013 MacBook Air, but that would have added CAN$250 to the price, and I decided to stay on the lowball (in an Apple context) cost track, making this the least expensive Mac computer I’ve bought since I started using them in 1992. Paradoxically it will also be the most powerful Mac I’ve owned. I’m hoping it won’t be the last Mac I ever buy, but we’ll have to see how the universe unfolds over the next three years or so, with this machine serving as something of a placeholder. 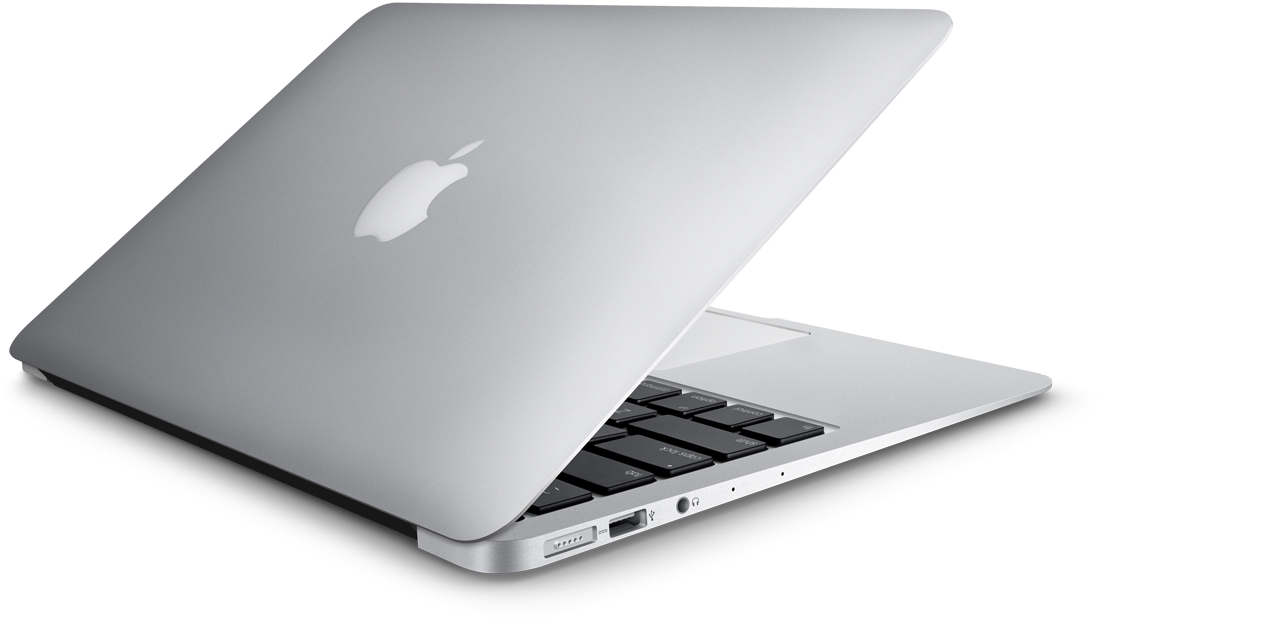 It will also allow me to demote my current three-year-old MacBook Air to number two machine and let me hand off the current number two — a late 2008 Aluminum, MacBook — to my wife, upgrading her from the 2003 vintage 17-inch PowerBook running OS X 10.5 Leopard that she’s been using as a daily driver for the past half decade. She says she’s in no rush, and she likes the big old Power PC machine, but I’m expecting the MacBook with Intel power running Mac OS 10.11 El Capitan to be something of a revelation to her and put to shame the aging desktop PC running Windows 7 she uses at work.

Hopefully I’ll still be happy with what amounts to a defensive laptop strategy in a year’s time.