Steve Jobs’ analogy comparing iPads and PCs to cars and trucks respectively is seven years old but still stimulates discussion and debate. Appearing on an All Things D panel in 2010 shortly after the iPad was released, Jobs observed: “When we were an agrarian nation, all cars were trucks because that’s what you needed on the farms. Cars became more popular as cities rose, and things like power steering and automatic transmission became popular.”

“PCs are going to be like trucks,” Jobs continued. “They are still going to be around.” [but only] “one out of x people will need them.” However the PC, especially in its laptop form, has retained a firmer hold on its fans than Jobs anticipated. Many users could indeed likely get along very well with a tablet for 98 percent of what they do with computers, and easily find workarounds for the other two percent. However many of these people still insist on owning a laptop as well.

And that’s OK. It doesn’t have to be a zero sum, winner take all competition, either for users, or for companies like Apple that make both PCs and tablets. I appreciate the strengths of both categories, which are in many respects complimentary. My iPad offers no-hassle, self-contained portability and relaxed laid-back computing, and my Macs supply power and versatility when it’s needed. Even if the iPad had the capability to do everything I need a computer to do (it currently falls well short in some areas), I would still want to keep a traditional laptop around.

lt’s the same for me in the real world of cars and trucks. My wife and I have two vehicles; a 2009 Toyota Corolla and a 2014 Ford F-150 4/4 pickup. The car is adequate for most of our transportation requirements, but when we need the truck for doing truck things that require truck power and load capacity or four-wheel-drive traction, the car is no substitute. If it ever came down to having to choose just one vehicle or computer, in either case I would opt to keep the truck — four-wheeled or PC.

Now available as a public beta with the final version to come in the fall, iOS 11 makes the iPad considerably more truck-like, although it still falls short of full truck features and capabilities, particularly mouse input support, expansion, and standard connectivity. The iPad running iOS11 is more like the coupe utility or “ute” concept popular in Australia and New Zealand, invented by Ford Australia engineer Lew Bandt in 1933. Bandt created the ute by grafting a cargo bed onto the back of a standard passenger sedan, most often integrated with the original vehicle’s styling and retaining the car-based chassis and power train. 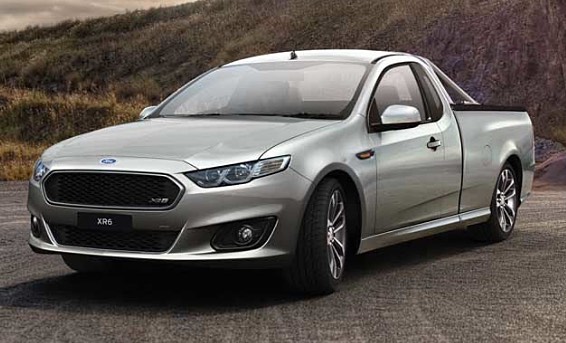 Ford and a wide range of other automobile manufacturers have offered utes ever since in Australia and New Zealand, as well as a few other markets such as South Africa and Brazil over the years. North American carmakers have also sporadically tried marketing coupé utility vehicles based on various car platforms such as Chevrolet El Caminos, Ford Rancheros, and others, but pitching them more as image or performance statements than as serious work vehicles, and never with more than modest sales success in the lands where the North American pickup truck is king. I expect the iOS 11 powered iPad as the analogical “ute” of the personal computing world will prove more popular with U.S. and Canadian users than the four-wheeled ones have.

With iOS 11 the iPad finally gets a user-accessible file directory with a new app called ‘Files’ that functions in iOS devices as a substitute for the macOS Finder. Files allows users to browse, search and organize all their files in one place, with a dedicated space for recently created or modified files, providing centralized access to individual files, whether they be stored locally, in iCloud Drive, or on other cloud services like Dropbox, Mega, Google Drive, Microsoft OneDrive, Box, and others.

Another major advance in iOS 11 is Multi-Touch Drag and Drop, providing the iPad user with the ability to drag and drop selected documents, blocks of text, images, apps, and other files from one app window to another anywhere on the screen using tap and hold without need of switching apps. These capabilities compliment and amplify the usefulness of the enhanced multitasking features Split View and Slide Over that were introduced in iOS 9 back in 2015, making it possible to have two app windows open at a time. That’s still not nearly as versatile and flexible as the “full truck” multi-windowing in the macOS or Windows, but nevertheless a substantial advance for iOS utility.

iOS 11 gets a new customizable persistent Dock that can be toggled to provide quick access to frequently used apps and documents from any screen using a swipe gesture, and a redesigned app switcher that brings macOS Spaces/Mission Control type functionality to iOS, making it easier to move between apps or pairs of active apps opened in Split View and Slide Over.

However, still missing is mouse support. The iOS has long had Bluetooth support for external keyboards, so why
Apple continues to doggedly resist adding a Bluetooth mouse driver to their mobile operating system is a puzzlement. Apple’s pricey Pencil stylus is simply not an adequate mouse substitute for some of us. The iPad as serious challenger to the laptop as a productivity tool also needs some sort of removable expansion and a standard connectivity interface, with SD Card and USB-C being the logical candidates.

It remains to be seen whether iOS 11’s new iPad features and multitasking enhancements will prove flexible enough to boost productivity performance into laptop territory. For example, reportedly iOS 11 will still only support a maximum of three windows open simultaneously (or four if you count a Picture-in-Picture video. Also still missing is macOS Spotlight style content level document search capability.

Overall, iOS 11’s new iPad multitasking features, at least on paper, represent a major leap forward in supporting the tablet as a productivity device, but will they make the iPad an acceptable substitute for a Mac or Windows PC? Maybe for some users, but for me, and I assume many others, I expect unhappily not.

iOS 11 supported iPad models include all iPad Pros, the current entry-level 5th-generaton 9.7-inch iPad, and other 64-bit iPad models, including the original iPad Air and Air 2 and the iPad minis 2, 3, and 4. If your iPad is supported with iOS 10, it will likewise run iOS 11.

To download the iOS 11 public beta, you must first sign up with Apple’s Beta Software Program. Apple says:

“As a member of the Apple Beta Software Program, you’ll be able to enroll your devices to access the public betas and try out the latest features. You can provide feedback directly to Apple using the Feedback Assistant app.”

Apple advises always doing a backup of your iOS device or Mac before installing a public beta OS. That way you can revert to a previously-released OS version by restoring your device from the backup.

Personally, I’ll try to wait for the final release, ironically perhaps because I’m too dependent on reliable, unbuggy iPad performance to feel comfortable experimenting with beta OS software. However, I may waver.