Apple “iCar” rumors have waxed and waned over the years, piquing interest and speculation as to whether Apple is seriously interested in getting into the automotobile business, either in a joint venture with an existing carmaker or as an independent standalone startup enterprise a la Tesla.

Four years ago in an, AppleInsider quoted J. Crew CEO and Apple board member Mickey Drexler commenting in an interview at Fast Company’s Innovation Uncensored conference that company co-founder Steve Jobs had aspirations to designing an Apple “iCar” automobile before his untimely death in 2011, noting: “Look at the car industry, it’s a tragedy in America. Who’s designing the cars? Steve’s dream before he died was to design an iCar and I think it would’ve been probably 50% of the market. He never did design it.” Appleinsider posted a video clip of the pertinent segment of Fast Company’s Drexler interview here: http://bit.ly/JjC0TI.

Steve Jobs, like many of his fellow boomers, was a car enthusiast, in his case with a partiality for German marques. During the second Jobs era at Apple, the notion of an Apple-branded — or at least themed — “iCar” automobile was periodically dangled before crossover Apple and automobile aficionados for years. However, Jobs wasn’t the only automobile aficionado in Apple’s executive suites. In 2012 Apple’s Senior Vice President for Internet Software and Services Eddie Cue joined Italian supercar maker Ferrari’s board of directors, commenting at the time: “I am pleased and proud to become a member of the board. I have personally dreamed of owning a Ferrari since I was 8 years old and have been lucky to be an owner for the past 5 years. I continue to be awed by the world-class design and engineering that only Ferrari can do.”

Apple’s chief design officer Sir Jony Ive is also a noted automobile enthusiast and collector with a taste for Bentleys and Aston Martins. Senior Vice President of Worldwide Marketing Phil Schiller reportedly either owns or aspires to own a McLaren F1. Company CEO Tim Cook is apparently not so much a car buff, although he reportedly does own a BMW 5 Series and a Porsche Boxter.

The most recent round of iCar speculation pertaining to Apple’s secretive “Titan project” has focused on electric, robot controlled pod cars, which are only of academic and technical interest to true car culturistas who love driving and recoil from the concept of autonomous vehicle control for a variety of technical and philosophical reasons.

However, a report last week published by the prestigious Financial Times, which is anything but a click-baiting rumor mill, said Apple had entered negotiations possibly leading to the purchase of British supercar maker and Formula 1 racing team owner McLaren Technology Group. That caught my attention.

Woking, UK based McLaren, like its Italian arch-rival both in the showroom and on the track, Ferrari, builds only exotics and supercars, and fields a first-tier Formula 1 motor racing team. McLaren Group actually comprises three companies; the original McLaren Racing founded in 1963 as Bruce McLaren Motor Racing by the late Formula 1 driver/constructor Bruce McLaren, and which has won 20 World Championships and 182 grand prix victories; McLaren Automotive — a low volume, high-precision engineering maker of sports cars; and what may be of particular interest to Apple — McLaren Applied Technologies, (MAT) which has expertise in data collection and analysis, simulation and decision support; high performance design and engineering, and development and manufacture of world class electronic control systems for a range of industries, including ones totally unrelated to motorsport or automotive such as energy, mass transport, consumer brands. healthcare, and pharmaceuticals. working closely with international pharmaceuticals giant MAT is working collaboratively with multinational pharma firm GlaxoSmithKline, with which they plan to open a new building at the McLaren Technology Centre, to be called the “McLaren-GSK Centre for Applied Technology.” 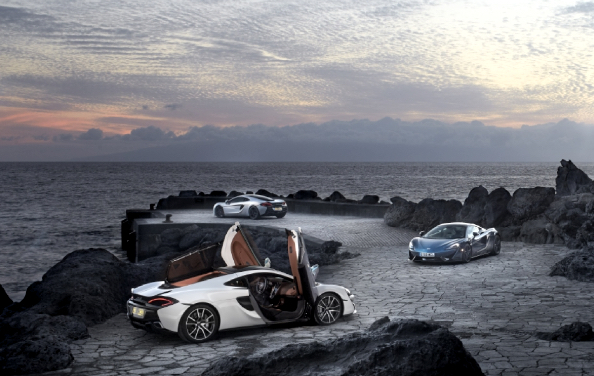 Buying McLaren would confer Apple’s car project with instant street-cred in car culture, although the automaking technology transfer from the limited production McLaren Cars operation (fewer than 2,000 units per year although the company hopes to double or even triple that), would likely not translate extensively to the mass market volume Apple would presumably be pursuing with an iCar product. However, McLaren’s experience and expertise with sophisticated carbon fiber production techniques could be an asset. Add McLaren Applied Technologies and promotion of Apple products through McLaren Racing’s activities, and there is arguably a solid case for acquisition were privately held McLaren’s current owners inclined to sell. 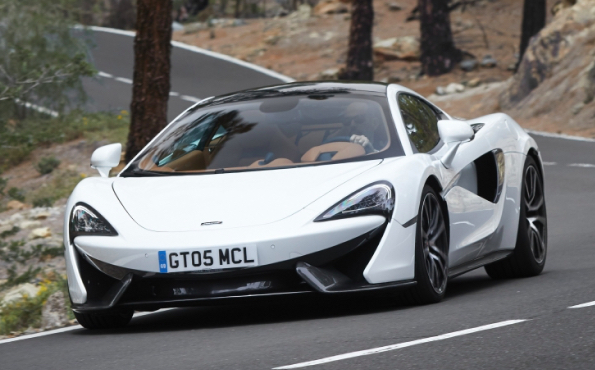 McLaren quickly poured icewater on acquisition speculation, tersely commenting to Jalopnik’s Michael Ballaban in a statement: “We can confirm that McLaren is not in discussion with Apple in respect of any potential investment.” The Register received a similar response to a request for comment, but also cited an unnamed McLaren spokesperson, adding cryptically that the nature of the McLaren brand means the company regularly conducts “confidential conversations with a wide range of parties,” and “we keep them confidential.” The Financial Times said it was sticking to its story, so we’ll have to wait and see if anything more comes of this.

Another McLaren-related avenue for faster track advancement of Apple’s car-making aspirations involves Gordon Murray, who was chief designer and technical director for McLaren Racing and McLaren Cars from 1987-2004, and is now principal of his own firm Gordon Murray Design (GMD), which specializes in delivery of complete car design programs for efficiently and innovatively way transitioning from concept, design, prototype and development through to production ready products. 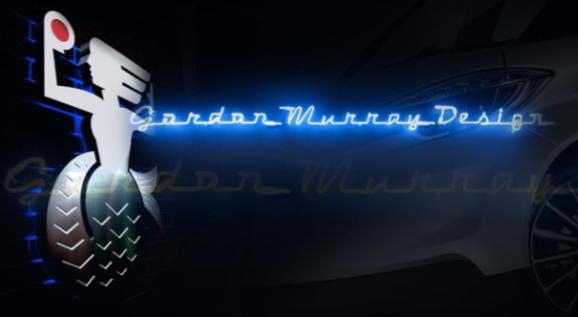 GMD was established in 2007 to develop an innovative and disruptive proprietary manufacturing technology trademarked ‘iStream’ which was influenced by Murray’s years as a Formula 1 racing car designer. iStream technology is touted as a fundamental re-think on the way cars are designed, developed and manufactured, and “the biggest revolution in high volume automotive manufacturing since Henry Ford introduced the production line over a century ago,” applying a holistic cradle-to-grave approach that combines lightweight Formula One technology, low-carbon propulsion, excellent safety standards and unprecedented manufacturing flexibility. 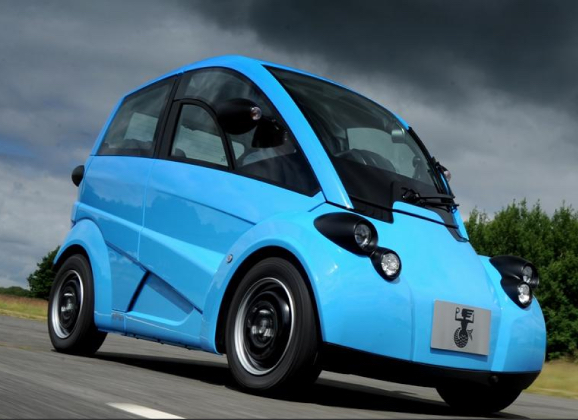 iStream’s Cost-effective flexibility enables a single production line to assemble diverse vehicle variants with different powertrains on production sites that GMD claims require up to 80 percent less investment than traditional assembly plants, and with iStream vehicles delivering a 40 percent reduction in CO2 emissions over their entire lifecycle compared to traditionally produced competitors and probably the closest thing to a turnkey automobile production operation as has been yet devised.

Gordon Murray Design developed the T.25 — a proof-of-concept for the designers’ futuristic vision of urban mobility, unveiled in 2010 that incorporates solutions to an array of urban mobility problems. The gasoline-powered T.25 redrew traditional vehicle weight, footprint, safety, usability and efficiency parameters through application of GMD’s patented iStream technology. An all-electric T.27 variant of the concept followed in 2011. 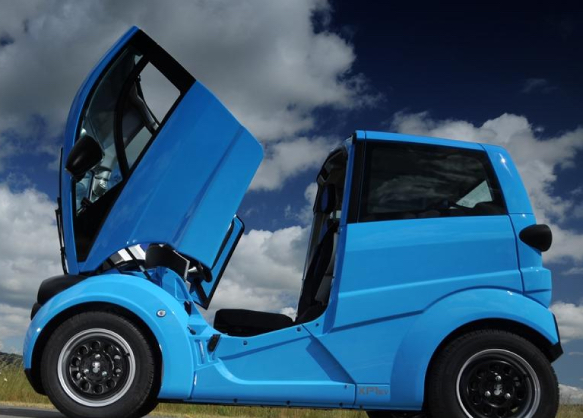 Gordon Murray Design has so far not ventured into autonomous vehicle development, and the company emphasizes a “fun driving experience” for the occupant of the T-Car’s Formula 1 inspired central driver’s cockpit. 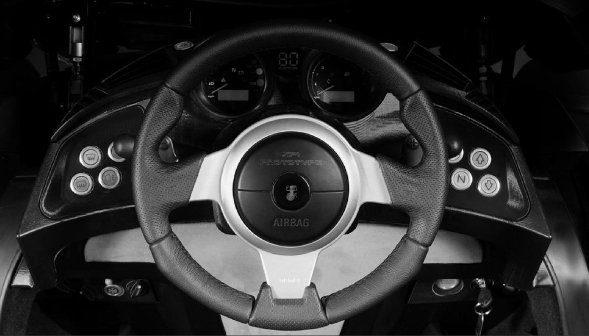 In 2010 Gordon Murray, told Pocket-Lint”s Stuart Miles that while GMD has no interest or inclination to get into the automaking business itself, he thought an Apple iCar designed and built using iStream technology could be a market success.

Apple, sitting on some $215 billion in cash holdings, could easily afford to buy McLaren Technology Group whose assets have an estimated value in the range of 1.5 – 2 $billion, and Gordon Murray Design as well if the companies’ respective owners were inclined to sell, which as fore-noted they they may well not be. However, if Apple is serious about getting into the automobile business, licensing GMD’s iStream would appear to be a quick start solution without compromising first-tier engineering innovation.